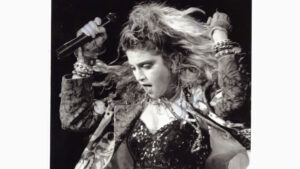 Making a hit song involves inspiration, talent, and more than a little luck. How are songs created in today’s modern recording studios and streamed around the world? Joining us is Bonzai Caruso, a five-time Grammy-winning recording engineer and producer. Since the 1980s, Bonzai has worked with top reggae musicians as well as dozens of pop stars, and he has helped to create dozens of gold and platinum singles and albums.

Transcript of Inside The Pop Music World