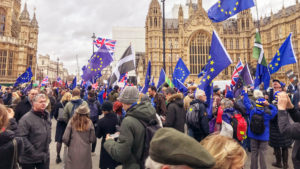 For the last two years, Brexit has threatened to sever one of Europe’s largest countries from the rest, a divorce that has now become a gigantic crisis. But it is far from the first existential crisis for Europe. The continent and its countries have regularly encountered discord and the threat of dissolution. This episode features Mai’a Cross, Edward W. Brooke Professor of Political Science and associate professor of political science and international affairs at Northeastern University. She is also currently a term member of the Council on Foreign Relations. Photo by Martin Hearn