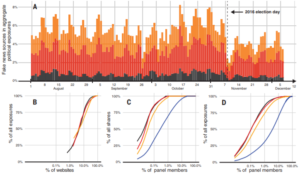 Two years after a presidential election that shocked so many, we are still trying to understand the role that fake news sources played, and how a swarm of propaganda clouded social media. Now a comprehensive study has looked carefully at the impact of untrustworthy online sources in the election, with some surprising results, and some suggestions for how to avoid problems in the future. In the studio for this episode is David Lazer, Professor of Political Science and Computer and Information Science at Northeastern University. He is one of the authors of Fake news on Twitter during the 2016 U.S. presidential election, which was just published in Science Magazine. 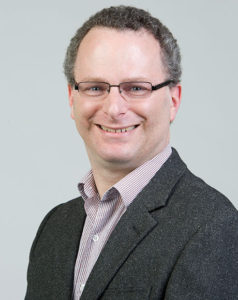 Professor Lazer is a professor of political science and computer and information science and the co-director of the NULab for Texts, Maps, and Networks. Before joining the Northeastern faculty in fall 2009, he was an associate professor of public policy at Harvard’s John F. Kennedy School of Government and director of its Program on Networked Governance. He holds a PhD in political science from the University of Michigan. Professor Lazer’s research centers on social networks; governance, or how the patterns of institutional relations yield functional or dysfunctional systems; and technology and its use in communication. An authority on social networks, he has written several papers on the diffusion of information among interest groups and between these groups and the government. He is the co-editor of Governance and Information Technology: From Electronic Government to Information Government and also written extensively on the use of DNA in the criminal justice system.