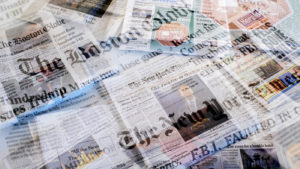 Newspapers used to an essential part of the daily lives of Americans, informing a shared consciousness of local, national and international events, shaping public opinion, and uncovering the worst abuses of the privileged and powerful. Consolidation in the industry and the rise of the internet sharply reduced the number, reach, and impact of those papers but professional journalism still plays a critical role in our society. We are joined by Dan Kennedy, a nationally known media commentator, professor at Northeastern University, and author of the recent book, Return of the Moguls. 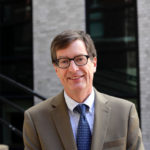 Dan Kennedy is an associate professor at Northeastern University’s School of Journalism, specializing in digital media and alternative business models for news. Kennedy contributes media and political commentaries to WGBHNews.org and  The Huffington Post and articles about media topics to the Nieman Journalism Lab. From 2007-2011 he wrote a weekly online column for The Guardian and was a finalist for a Syracuse University Mirror Award in media commentary in both 2008 and 2009.