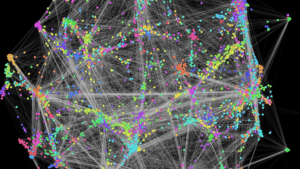 Recently the hidden inner workings of internet giants like Facebook, Twitter, Google, and Amazon have been exposed to scrutiny by academics, the press, the public, and now legislators. Northeastern researchers have found clever ways to expose the major problems and biases that are encoded into these systems and are starting to think about how their algorithms could be altered to be fairer and more transparent. Joining us on the first episode of What’s New season three is Christo Wilson, an Associate Professor in the Khoury College of Computer Sciences at Northeastern and part of Northeastern University’s Cybersecurity and Privacy Institute. 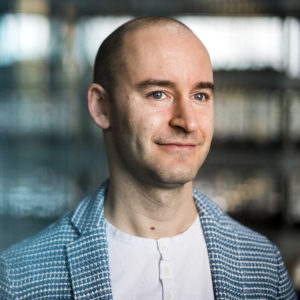 Christo Wilson is an Associate Professor in the Khoury College of Computer Sciences at Northeastern University. He is a founding member of the Cybersecurity and Privacy Institute at Northeastern, and serves as director of the BS in Cybersecurity program. He is a 2019 Sloan Fellow and a 2019-2020 Fellow at the Berkman Klein Center for Internet & Society. Professor Wilson received his PhD from the University of California, Santa Barbara, working under Professor Ben Y. Zhao. His work is supported by an NSF CAREER award, the Sloan Foundation, the Mozilla Foundation, the Knight Foundation, the Democracy Fund, the Data Transparency Lab, the European Commission, Google, and Verisign Labs.

Professor Wilson’s research has earned widespread recognition. He has received best paper awards at SIGCOMM, NDSS, and ICWSM, and honorable mentions at CHI and CSCW. His work on improving TLS security was recognized with an IEEE Cybersecurity Award for Innovation, and his work on understanding the impact of policy on DNSSEC deployment was honored with an IRTF/Internet Society Applied Networking Research Prize. Additionally, Professor Wilson’s work to model the privacy implications of online advertising received a Privacy Papers for Policymakers Award from the Future of Privacy Forum. His work has been covered extensively in the press, including the CBS Evening News, Good Morning America, The Wall Street Journal, The Boston Globe, and The Washington Post.

Professor Wilson is an active member of several academic communities. In 2018, he served as co-General Chair of the inaugural ACM Conference on Fairness, Accountability, and Transparency (FAT*), and he continues to serve on the conference’s executive committee. He regularly serves on the program committees for conferences such as IMC, WWW, ICWSM, IEEE Security and Privacy, and PETS.